We are a dedicated team of professionals, ready to do whatever it takes for our customers.

We are committed to Excellence 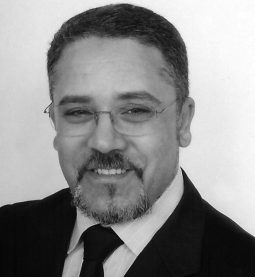 Born in October 10th, 1956 in Kalaa Kebira - Tunisia, Tawfik Mathlouthi, (a Bi-National Tunisian/French) grew up in a traditional family, his father was one of the Sheikh of the illustrious Azzeitouna Masjid of Tunisia.

After arriving in France on July 3d, 1977 and reading Law, Tawfik decided to start his own business as a consultant for several large multi-national firms, such as DHL International, Independent Harbour of Marseille, Air Corse, Weitnawer and Al Amri International Group in Saudia Arabia. This led to him becoming the first registered Arab consultant with CCIP and the CFCE (French Centre of Foreign Trade).

His early business career began with the creation of ‘SOCOFRAR’ (Société de Coopération Franco-Arabe / Society of Franco-Arab Cooperation of Commercial Engineering) and a monthly bilingual Arab/French economic magazine, the first of its kind, called ‘Businesscop’. The successful sale of the latter venture allowed him to start-up his first media business, RFC (Radio France Cooperation). This was quickly followed by the establishment, as a co-founder of the Arabic World Radio in 1987.

Tawfik Mathlouthi is former adviser of the President of Gabon Mr. Omar BONGO in 1995 to 1997.
He Also Become International Development Adviser to the Prime Minister Of Common Wealth of Dominica, Rosie Douglass.
Very Well Introduced in Congo Brazza and Congo DRC, Cameroun, Guinee Equatorial, Niger, Malaysia, Brazil with heads and top rulers, also very closely Linked to the Post Revolution Tunisian political class, rulers and opposition.
Important Connections to some Latin American countries such as: Brazil, Paraguay and Venezuela
He has organised the collection of donations during floods in Tunisia, in 1989, by creating an association, “Comité de Solidarité France Tunisie”. He is President of CFST (Committee for Solidarity, Fraternity and Tolerance) Prix Elyssa, dedicated to Childhood defense and Peace.

His most prominent media venture has been the establishment of Radio Mediterranee in 1992, which rapidly gained a high reputation for being committed to the defence of oppressed populations, thanks to an active and sustained support to Palestine, Iraq, Bosnia, Chechnya, Congo and Rwanda…
He founded in 1984 Radio Du Monde Arabe (Arab World Radio FM in Paris and in 1997, His first Legal and authorized Radio Station RFC (Radio France Cooperation – In Paris and Suburbs)
He actively Supported oppressed populations in the world against American Hegemony and Imperialism, such as in Irak after the war of 1991 and Bosnia.
He supported Algeria against religious extremists during the Black Decade of Civil War and supported the Election of President Bouteflika, Supported peace agreements between Arafat and Rabin, Democratic changes in RDC and is very close to Vice President Arthur Zahidi NGOMA that became a close friend.
He received the biggest leaders of the world in his Radio Talk Show:
Mandela, Chirac, Arafat, King Abdullah, Philippe Seguin, François Mitterrand, Rocard, Le Pen, Mohammad Abdelaziz (Sahara Occidental), Tarak Aziz of Iraq, Ben Ali, Hafez Al Assad, Bachar Al Assad, Rafik HARIRI, Bill Clinton, Nelson MANDELA Louis Farakhan et Muammar Gaddafi, Hugo Chavez, Pascal Lissouba, Paul Biya….and many many others.
He was the first Arab Media Men to organize public and official talks at his Radio between Representative of PLO (Mrs Leila SHAHID and Israeli Ambassador Yehuda LANKRY, and to receive successive Ambassadors of Israel to his Radio Station, breaching taboos.
His Radio Station RADIO MEDITERRANEE was the unique “Lang” for all opponents of oppressed countries in North Africa and in Black Africa
Actual President of TUNISIA, who was saved from BEN ALI torture thanks to Radio Méditerrané and Professor Leon SCHWARTZENBERG declared: “RADIO MEDITERRANEE AND MR MATHLOUTHI ARE THE UNIQUE BREATHING LANG OF TUNISIAN OPPOSITION”

He Also established an international Foundation Named PRIX ELYSSA FOR DEMOCRATY, PEACE AND CHILDHOOD PROTECTION
It’s an Honorific prize remitted to Presidents in case they facilitate these values. He is also Co-Founder of CCMF ( Consultative Council of French Muslims, at Charles Pasqua Time).

He was very active during the elections in 2002 in France under the umbrella of his political party ‘PFP’, PARTI DE LA FRANCE PLURIELLE with an important meeting in Paris, a national communication campaign and presence on all Arab TV channels. He directed for 17 years his radio live show Tribune Libre ( Free Speech) , on Radio Méditerranée.

With respect to his charitable intentions, he has founded Mecca Cola in November 6th, 2002 with an exponential growth and commercial presence in more than 60 countries.

Actually he is ending the redaction of two books:
About Marriage in Arab Culture and traditions. النافع في الزواج: دليل المحتار بين المتعة و المسيار
And answer to those who are doubting in the Message of Muhammad ( SAWAS):
L’Islam sans Tabous ni Complaisance. (Islam without taboos or complacency) 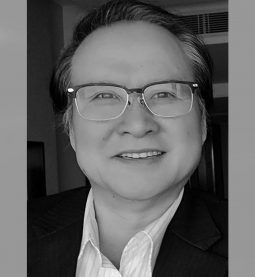 MR Jichang LI, born on October 1st, 1962 in Qingdao, China. He have a master's degree in architecture and a doctor's degree in engineering.

Served in the Chinese government for 15 years.

Prolote China around the Mediterranean Silk road organization as co-chairman, He is committed to the development of Belt & Road construction. CEO of Interoil Group. 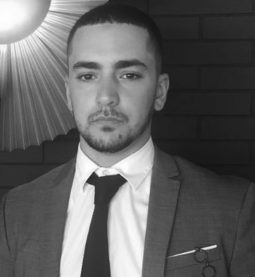 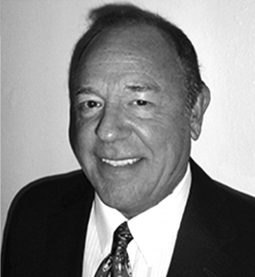 CTG., Inc. attained $125 Million in sales in less than six years and the company was sold to British Telecom for its entrance into the Canadian telecommunications marketplace. 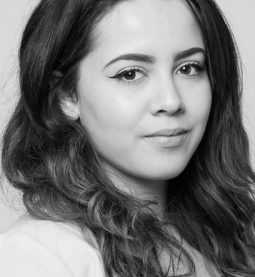 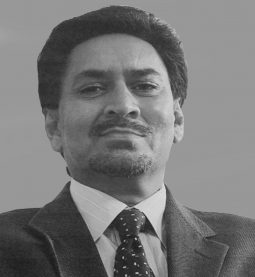 He was promoted as the Division Manager and followed by Regional Manager. Yg. Bhg. Dato’Seri Harban Singh (S.S.A.P, D.I.M.P) felt the need to take on a bigger challenge; he joined Grolier International an American Multinational Publishing company in the 1980’s. Yg Bhg Dato Seri Harban formulated new and innovative marketing strategies which were not only effective but are still beinging used till this day. Yg Bhg Dato seri Harban was then appointed as the National Sales Manager.
Yg. Bhg. Dato’Seri Harban Singh (S.S.A.P, D.I.M.P) decided to go into business for himself in early 1992. Many knew him as being a risk taker. Never looking back, armed with extensive marketing and negotiating skills coupled with invaluable experience, he made the shift to further in business in property. Yg. Bhg Dato’ Seri then spread his wings to other business ventures and soon after he founded the Mula Group.
The group has since diversified into Agriculture Products & Trading,Construction, Property Development, Oil and Gas Concessions, InterAsia Trade, Business and Marketing Consultancy.Yg. Bhg. Dato’Seri Harban Singh (S.S.A.P, D.I.M.P) was the Director of Kumpulan Mahajaya - which was a lleading property developer in Malaysia with an annual turnover in access of One Billion Ringgit.
He also sat on the board of directors of the following companies :-
Pancar Vista Sdn Bhd, Panel Brick System Builders ( M) Sdn Bhd, PPNS - Salak Park JV Sdn Bhd, Timepac Industries Sdn Bhd, Ciptaan Ceria Sdn Bhd, Mighty Quest (M) Sdn Bhd, Genmamix Sdn Bhd and Jelebu Homestead Sdn Bhd.
View more 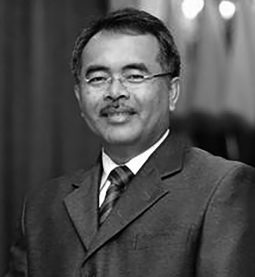 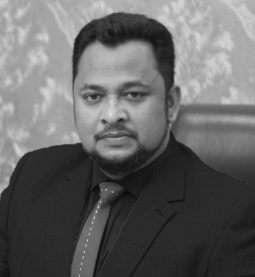 Dr. Kamrul Ahsan did his MBA from University of the west of Scotland, UK. Studied law in University of London and did his Doctorate from Europe's one of the ancient universities namely Kharkiv National University in 2008. As the part of his humanitarian activities he has further pursued his higher studies on climate changes with world's leading - University of Oxford. He has also done his Post Graduate Diploma (Level 7) in Strategic Management and Leadership from United Kingdom.
Dr. Ahsan is leading the young entrepreneurs segment and invested in the field of manufacturing industry; Banking and Financial Technology; software and service industry. While serving in Bangladesh Army as Commissioned Officer Dr. Kamrul met a poignant motorcycle accident and lost one third of his liver. He left Army and went to UK for higher studies on Scholarship. After

coming back from UK he has started meat processing business in Bangladesh. Prince of Bahrain His Highness General Sheikh Khalifa Bin Abdullah Bin Al Khalifa, a good friend of Dr. Kamrul, personally visited Bangladesh and inaugurated the meat processing site in 2008. Within couple of years this small meat process business became the market leader by supplying beef, mutton and chicken to the renowned super stores like Agora, Meena Bazar, Nandan, Shwapno, CSD and many others. In 2011 he has established export oriented state of Art food and beverages industry in Dhamrai, Dhaka, Bangladesh. Due to the political restlessness during year of 2013-14 the industry suffered a lot and started struggling. But Dr. Kamrul never stopped working hard and did not keep a single stone unturned to recover the damages. In 2016 he signed the joint venture agreement with Mecca Cola World Group, France. Mecca Cola is the first halal cola in the world. Furthermore he is the Founder and CEO of Tap n Pay of Bangladesh and introduced with a great innovation, the fourth generation mobile financial services for the unbanked population of his motherland in partnership with Meghna Bank Ltd and Mobility One Malaysia - a leading fintech company of Malaysia ; enlisted with London Stock Exchange. Dr. Kamrul Ahsan is the pioneer to introduce Near Field Communication (NFC) card based ewallet in Bangladesh in 2016.
He is the chairman of Maestro Group which is the partner of world's first intelligent vehicle manufacturing company of China named Apollo Group Energy and intelligence car Ltd. He is the founder and chairman of Meastro Crown college, a Government approved higher education institute and Malaysia University of science and Technology- Bangladesh Campus. He is the chairman of TFP solutions (Bangladesh)Ltd a joint venture company of Malaysian public listed company TFP solutions Berhad - later on kamrul group has taken over the shares from this Malaysian public listed company. He is the Chairman of Maestrosoft Ltd, a tech company engage in developing Artificial intelligence (AI) and Internet of Things (IoT), Dr. Kamrul is the chairman of SwiftLink Payment services LLC, UAE, branded as " Pocket" and Dr. Kamrul is the first Bangladeshi who introduced ewallet to Ewallet remittance from Middle East to Bangladesh. He is also the founder of Tap n Pay WLL Bahrain and Tap n Pay (UK) Ltd two renowned fintech companies in Bahrain and UK. He is the Founder chairman of Mobios Lanka Bangla Ltd, a technology joint venture company of Sri Lanka and Bangladesh. He is the Founder of GG Consortium Ltd, a India Bangladesh joint venture company engaged in Coffee manufacturing and distribution. He has also built up the E- Commerce and Ride sharing platform. Dr. Kamrul has introduced the first bidding e-commerce platform in Bangladesh named “mulamuli.com.bd".
Dr. Kamrul is the member of United Nations Association; Amnesty international; Human Rights watch. Dr. Kamrul Ahsan has been appointed as the country head of “DIGNITE International- France. An international NGO working for Africa and south Asia.
Dr. Kamrul Ahsan is a novelist- poet and columnist. As of 2019, four books have been published in Ekushey Book fair, Bangladesh. He is the pioneer to introduce human rights based investigative Television programme in Bangladesh namely “Bibeker Kache Prosno" televised in ATN Bangla and was rated as the best TV programme by the viewers. He is the chairman of the editorial committee of the leading news portal “Khobor71.com" and the founder of WoW play- IP Television, a UK- Bangladesh joint venture Television. 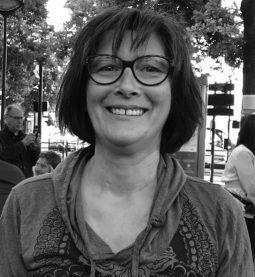 Personal Assistant to the CEO
natali.s@meccacolagroup.com

Natali is one of the essential and indispensable working-class of the group
Always calm, attentive and quick to propose adapted solutions
Serving our partners and the founder, she is '' personal assistant and crisis manager. 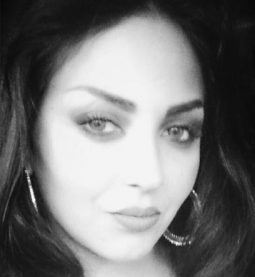 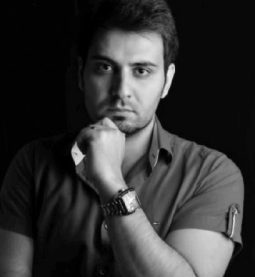 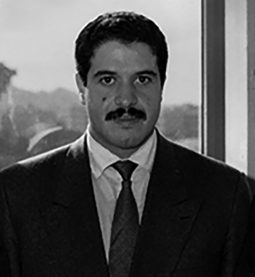 Adviser to the CEO
Skander.b@meccacolagroup.com 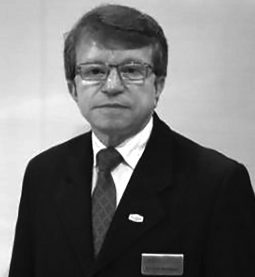 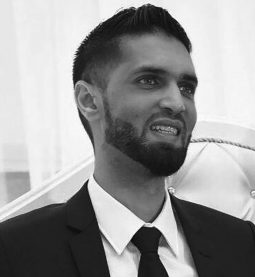 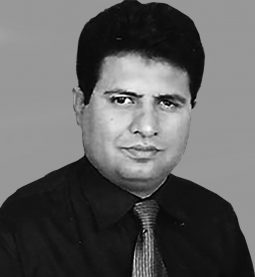 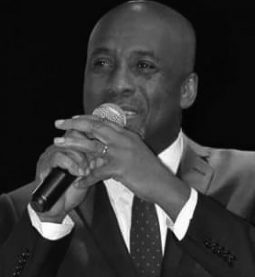 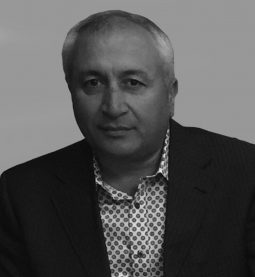 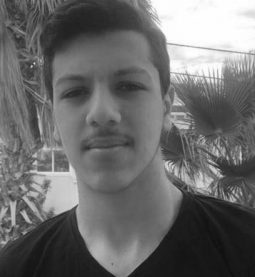